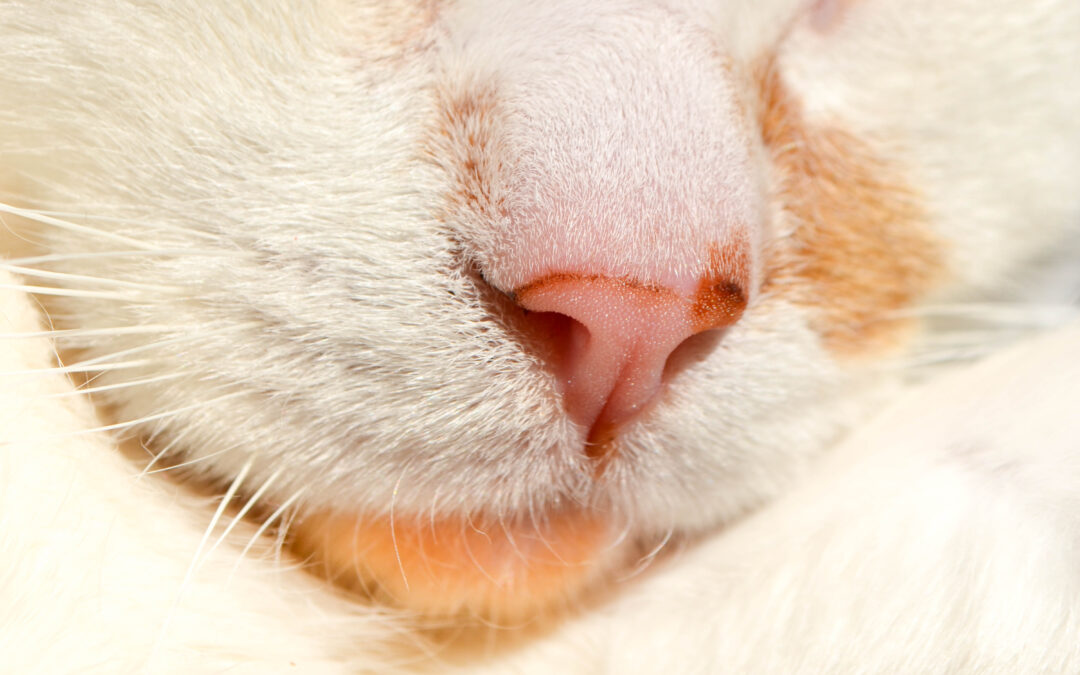 One of the most outstanding physical attributes of cats is their fascinating whiskers. What many don’t know is that they serve as a tool for animal communication, helping help them to hunt, explore territory and express their emotions. Below, we’ll share six facts you didn’t know about cat whiskers.

How many whiskers do cats have?

Generally, cats have between eight and twelve moveable whiskers on each side of their noses, although depending on the cat, some can have a greater or lesser number. These whiskers are unlike the rest of the hairs covering the animal’s body, as they are very stiff and play an important role in their sense of touch.

Cats don’t have whiskers only on their noses

Nevertheless, they are not only found on the feline’s muzzle. Cats can also have whiskers above their eyes, on their chins, or even at the back of their legs.

In addition, they are endowed with sensory cells at their base, making them sensitive to virtually any movement that occurs near them. Therefore, whiskers are a very special organ and one of the most developed in cats.

They help them to see

Cats have several problems seeing objects less than 30 centimetres away.

To compensate this farsightedness, cats swivel their whiskers forward to capture tactile stimuli which, when they reach their brain, create a 3D image of the object in front of them.

To find their way around in the dark

As they are highly sensitive, cat whiskers act as an early warning of what is going on around them. They warn them that something is approaching their face to avoid collisions with obstacles or objects that could harm them.

This astonishing capacity is very important in certain situations, including during their nocturnal prowls, or when they’re sleeping and cats lower their guard against potential dangers.

They help them to calculate spaces

The length of their whiskers matches the width of their body, which is why they help them to gauge what is in front of them and whether their body will fit into a space.

In the case of overweight cats, this whisker ruler may fail, leaving the cat trapped in a hole which, despite the approval of its whiskers, turned out to be narrower than its body.

They reflect their mood